The headquarters for the EU and Nato looks like a fairytale 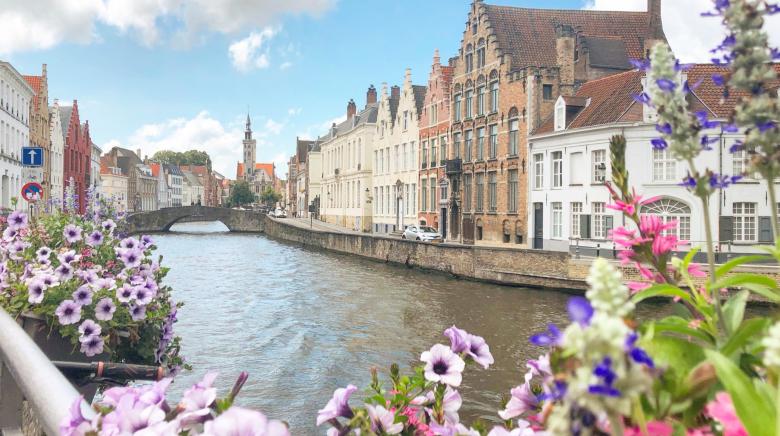 Belgium is hugely important to the European business and political world and has one of the most unique and diverse cultures in Europe, but does anyone really know Belgium for anything other than waffles?

Note - this is just my opinion and my first impressions, that doesn't mean this is true of everyone who visits Belgium.

Waffles and chocolate... probably the two things you first think of when Belgium comes to mind. I've met people who didn't know Belgium was a country but still knew of Belgian waffles and Belgian chocolate, as if it was a brand instead of a country.

Lots of people also forget that Brussels is considered the beer capital of the world, and the fries (or frites in Belgium, don't EVER call them fries) are amazing.

Heavily guarded with tight security. This is understandable, since they had a terrorist attack, but it can be jarring at first seeing soldiers with giant guns walk around.

We had an incident where my mother left something on the plane and she couldn't retrieve the item because nobody was going to search the plane until the next day due to security reasons. However, even the next day nobody contacted her. It's lucky we were in Brussels for few days because otherwise we would have had to leave her bag.

The moral of this story? - Don't leave things on the plane or in the airport!

Green and gorgeous with cobblestone streets and quaint houses lining fairytale-like rivers, the countryside of Belgium is a favorite of many. Whereas I was only able to visit Bruges, cities like Ghent and Antwerp and Leuven are supposedly heavenly.

Tip! - Do a bike tour in the countryside if you can, it gets you outside the touristy areas and allows a more in-depth appreciation of Belgium.

Brussels is one of the most diverse cities in the world and it shows. This collection of cultures makes for a very interesting visit.

For instance, there are three languages listed as the official language of Belgium: French, Flemish, and German. Most people learn at least two of these growing up and pick up English along the way. Each region in the country is a little different in terms of what they speak and what they celebrate, but I'd say the capital Brussels is strongly French-influenced.

Cafes are absolutely adorable and very diverse. Most have a good amount of options for food allergies or preferences and all are very willing to work with you if you need something edited.

Use of the bathroom outside of your living quarters and some restaurants will cost you a 50 cent euro piece. Yes it is aggravating for those who aren't used to it and you'll end up waiting until you're about to burst, but you just have to get used to carrying around coins.

Also, this is true for a lot of Europe. Oh, and lots of the bathrooms are mixed gender.

Is it easy to understand if you're not from the area? Not really, but if you get there early and ask around you'll figure it out. There's buses and trams and trains, each coming every couple minutes.

Tip! - Take day trips outside of the city, it's easy, efficient, and absolutely lovely.

There's also Lime scooters! These are electric scooters that you'll see everywhere just lying around or when people zip by you (faster than they should). There's an app where you'll locate the closest scooter to where you are, pay online, and the scooter will unlock and allow you to go wherever you want as long as the money holds up.

I love dogs. Who doesn't? Dogs are loved all over the world for a reason, they're dang cute. My thought process is - see a dog, must pet (politely of course).

Belgians don't like this thought process. They don't want you to touch their dog and some will be mad you even asked. It was torture to see such cute puppers and not be able to pet them.

Also most dogs aren't fixed. Whereas I can't say that for certainty when referring to female dogs, I can definitely say that the majority of male dogs were not fixed.

Streets in Brussels are small, curved, and cobblestoned. This is true for places all over Belgium, but generally the city feels a bit more crowded street-wise. Streets in Brussels are also dirty, with lots of construction, and are filled with homeless people. Yes I realize most major cities will have this, but in Belgium it stood out to me a lot, more than other large cities I've visited around the world.

Warning! - Be careful of glass!! I was wearing flip flops and was pretty careful but still got stuck with a shard in my heel and a sore foot for a few days.

Some of the city I cover in other bullet points but these are a few more random observations.

- Fashion is a bit different than in the rest of Europe, for instance, I saw at least 14 women over 1.5 days wearing jumpsuits with heels and big dangly earrings - but nowhere else in Europe did I see this.

- Picky about trash (sometimes irritating when you have to do it in an apartment but it's great for the environment).

- Stairs are very thin and if you have a foot size larger than US 11 (like me), your foot will likely be bigger than the stair.

- People will have no qualms about speaking loudly or playing something obnoxious on their phones in public spaces.

- There is lots and lots of spray paint tagging.

People in Belgium are generally really friendly and helpful for the hopeless tourists. But, like anywhere you'll find a variety of people both good and bad.

The good? - Most everyone was very kind, but I want to highlight anyone who works at a store, stand, restaurant, etc. They're SO kind and helpful. Your excitement will be reflected back towards you and they'll likely engage you in conversation. A little kindness can go a long way.

The bad? - Like anywhere, people will have different stereotypes about the country you hail from. If you're from the USA, like me, you'll know that you get confronted by these stereotypes when traveling abroad. Typically, people are surprised when they meet you, because you aren't the kind of person they had pictured and there are no problems. However, there are some people who live life angry and will look to project that anger on you. They want to argue with you, dislike you no matter what, and may try to fight you. It can be extremely aggravating, especially when you had been minding your own business, but just try to disengage and move on.

Tip! - GIRLS. THIS IS IMPORTANT. Unfortunately this goes along with the bad... but it needs to be said. Please, please, be careful when you go out. Men (mostly in Brussels) can be very aggressive and even rude. They'll say things to you on the street and might even try to grab you and try to convince you to come with them. My sister studied abroad here for two months and had many uncomfortable occurrences and even had a friend roofied. Please be careful, have a buddy, and keep an eye on your drinks.